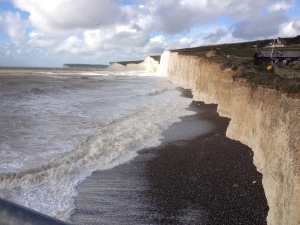 The government has announced it will create 27 new Marine Conservation Zones (MCZs) to protect wildlife around the English coast. This decision is in response to a two-year £8m consultation involving the government’s science advisers who recommended 127 MCZs should be created to halt the decline of fish, lobsters, oysters and seahorses around the English coastline.
The MCZs will be managed for the recovery and enhancement of marine habitats and species with restrictions on mobile fishing including dredging and bottom-trawling activities. However, these areas will continue to see a variety of uses, and will be beneficial for fixed gear local fisherman.
The new MCZs, which include Poole Rocks in Poole Bay, Chesil Beach and an area south of Weymouth Bay in Dorset, would join over 500 marine protected areas that already exist around the English coast. The designation is applied to areas considered important for conserving rare or threatened habitats and promoting biodiversity in coastal areas.
The Marine Conservation Society welcomed the “significant milestone”. However, it warned that there were still fewer than a quarter of the number of MCZs recommended by scientists to complete an “ecologically coherent” network. According to the Department for Environment, Food and Rural Affairs (Defra), two more sets of MCZs are due to be consulted on in 2015-2016 and in 2016-17.
More information can be found here.