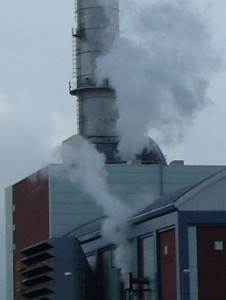 It has been reported by a number of sources that the UK Government will soon face significant fines due to ongoing exceedences of objectives for nitrogen dioxide (NO2) and particulates (PM10). The potential fines, thought to be in the region of £300m, would be imposed if the European Commission considers that the UK has not done enough to reduce pollution concentrations in its major cities, where exceedences of the annual mean objective for NO2, which stands at 40µg.m-3, are still commonplace.
Air quality has become a key consideration for planning applications, with Phlorum undertaking numerous air quality assessments for small and large developments across the UK and internationally. These seek to ensure that planned developments do not cause any significant and/or unnaceptable increases in pollutant concentrations. This is achieved by the implementation of mitigation measures and effective liaison with other experts and stakeholders, including planners, transport specialists and process engineers.
Many local planning authorities are beginning to formally seek improvements in air quality through the planning system, and new policies such as London Air Quality Neutral are set to increase the burden on developers.
Population density plays a role in the levels of pollution experienced in British cities, though some experts feel that an increase in the number of Low Emission Zones (LEZs) could help the country to meet the objectives for NO2. LEZs are designed to encourage the use of more efficient vehicles, and heavy goods vehicles in particular, by imposing tolls on those that pollute more. At present, the UK only has two LEZs, in London and Norwich, though several more are planned, including in Brighton, Oxford and Edinburgh. However in London, where the LEZ has been in place since February 2008, NO2 concentrations are still not expected to meet the objective until beyond 2025. Recently, London Mayor Boris Johnson announced plans to create an Ultra Low Emissions Zone in central London, which he believes will deliver dramatic benefits in terms of reduced air pollution.
If you are interested in air quality assessments, you can find out more about the services Phlorum can provide here.