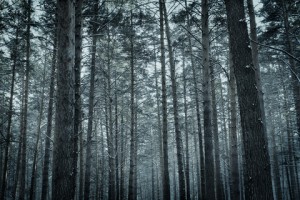 In the Journal Nature, Scientists have recently published data which reveal a link between the characteristic pine smell from boreal pine forests and climate change.
New research has found a mechanism by which the scented pine smells are turned into aerosols above the pine forests. The effect of the aerosols is that they block sunlight and reflect rays back into space; promoting cooling, and in turn helping clouds to form.
It has been known for a long while that the smell of pine forests is made up of volatile organic compounds, which react with the oxygen in the atmosphere to form these aerosols. However, scientists have now found ultra-low volatile organic vapours in the air that irreversibly condense on the surface of any particle they meet. The irreversibility of these compounds and their ability to attach onto any other particle helps them grow in size and become aerosols, according to Dr Joel Thornton from the University of Washington.
According to a BBC article, Dr Thornton has stated that:

“It’s certainly crucial for explaining the response of the boreal forest to a changing climate. It’s thought that the vapours being emitted from the vegetation in the pine forests are contributing roughly half of the aerosols over the forest. We’ve found the reasons how the vapours get converted into particles, so we are basically explaining around 50% of the aerosol particles.”

Lead author, Dr Mikael Ehn, now based at the University of Helsinki, is reported in the same article to have stated that:

“In a warmer world, photosynthesis will become faster with rising CO2, which will lead to more vegetation and more emissions of these vapours. This should produce more cloud droplets and this should then have a cooling impact, it should be a damping effect.
If you go into a pine forest and notice that typical pine forest smell, that could be the smell that actually limits climate change from reaching such levels that it could become really a problem in the world.”

The reason for the discovery is that before now there was no instrument to detect these ultra-low volatile compounds.