21 Japanese Knotweed facts – By a team of professional ecological consultants 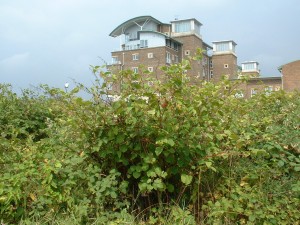 As experienced Japanese knotweed specialists in Sussex and throughout Britain, we’re ideally placed to give our readers the facts about this remarkable yet horribly invasive and destructive plant. Here are some facts about the plant itself, its history and the extent of its spread.

Want to know about Japanese knotweed solutions? Follow these links to read more about knotweed treatment options and rough removal costs. If you need Japanese knotweed removal, we’re here to help. Any questions? We’ll be delighted to help and advise. You can also send us photos of plants you think might be Japanese knotweed and we’ll do our best to advise.