Ecological consultants support the fight against a barbaric Maltese tradition 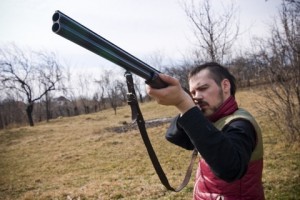 It’s that time of year again. Over in Malta literally thousands of migrating birds were being massacred. As well as being barbaric, it’s bad news for some of Britain’s most endangered species. The phenomenon usually goes unreported in the UK press but this year is different, with the popular wildlife campaigner and TV presenter Chris Packham highlighting the cause on a visit to the island to see the ‘spectacle’ for himself. As ecological consultants, we are also disgusted that the tradition has been allowed to continue for so long. Every year at least ten thousand ‘hunters’ from far and wide gather on the island to shoot migrating birds, some of which are on their way back to Britain for the spring. It’s the biggest gathering of registered hunters in Europe and it’s about much more than guns. They also use fine netting called ‘mist nets’ to trap the birds. The savage killing spree takes part over three weeks every spring, and seriously affects one of our rarest birds, the turtle dove, which is a key target for the hunters. Britain has seen a dramatic 95% reduction in our turtle dove population since the 1970s and the situation is so severe that some experts say the birds will soon stop visiting the UK to breed altogether. The EU has banned spring hunting but the Maltese manage to get an exemption from the ban every year. While quail and turtle doves are the main targets, campaigners say rare and endangered birds also fall prey to the slaughter, unwittingly caught up in it. These include rare barn swallows, cuckoos, ospreys, marsh harriers, and even the extremely rare and endangered pallid harrier. As an RSPB spokesman said:

“Turtle doves are international migrants and are protected by international laws. Although the birds passing through the Maltese islands may not be destined for British shores, they provide an important precedent. If they’re allowed to be shot in one part of Europe it weakens the position of those demanding enforcement of European laws designed to protect the populations of this and other rapidly declining species.”

Can migrating birds circumvent Malta and save themselves? Sadly not. The island is unavoidable. It sits in the path of the Central Mediterranean Flyway, one of three ancient bird ‘super highways’ that run between Europe and Africa. Countless millions of birds take the route every year and rest in the Maltese Islands before carrying on to mainland Europe and beyond. It’s a tragedy. But it isn’t the only incident of its kind. Violations of the protective legislation are widespread, particularly in the Mediterranean region, and over the past four decades bird numbers across a wide range of species have dropped alarmingly.

As ecology consultancy experts, we back the Malta ban.

Chris Packham, the TV presenter, wildlife photographer and conservation campaigner, has brought the event to the British media and government’s attention this year. The House of Commons debated the country’s policy on protection of migratory birds in Malta on 7th May with Sir John Randall, MP and long-term RSPB member of fifty years’ standing, driving the debate. As experts in ecology consultancy, we sincerely hope the attention will help bring this barbaric practice to an end.