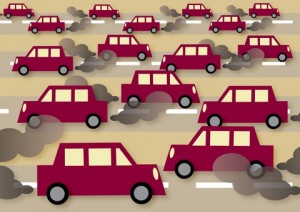 Not a week passes without air quality assessment in the news. Air quality consultants are in considerable demand worldwide but the public is also joining in the battle for clean air, as are businesses and educational establishments. Here are some of our favourite recent air quality stories.

Adversity often drives creativity, as witnessed in China. The country has a serious air quality issue, with pollution at the heart of an estimated half a million deaths every year. Air quality is now the fourth biggest threat to the Chinese people’s health and well-being, and fixing the situation is a top priority. On the bright side, the problems China faces are spawning some highly creative and unusual air pollution solutions.
Road transport is one of the biggest offenders. One government initiative involves removing millions of older cars from the nation’s roads in an effort to cut car-fuelled emissions. But companies and individuals are also getting involved. One organisation is donating its special anti-pollution nose masks to traffic police. And the Beijing artist Matt Hope has built a smog-battling bicycle which purifies air via a special tube. In the opinion of the artist it’s more art than a practical solution, born of his frustration with the city’s very poor air quality. Odder still, a Henan-based travel agency has actually transported fresh mountain air down to the polluted lowlands in bags for people to breathe… and those who tested it loved it!

The world’s first ever pollution-consuming poem has been revealed in Sheffield, the work of Simon Armitage. It takes the form of a twenty metre banner coated in titanium oxide, called In Praise of Air, and every day it purportedly counteracts the pollution emitted by about 20 cars.

Students at the University of Engineering and Technology of Peru, in Lima, have built a remarkable billboard on their campus. Construction work on the site is distributing huge amounts of soil and dust around the immediate area, so the students decided to design a billboard to mitigate the problem. The resulting creation is actually cleaning the air via clever purifying filters, which release oxygen into the air. The result is, apparently, as effective as having 1,200 trees on site.
The billboard is powered by an innovative thermodynamic water system invented in Peru, and its beneficial effect covers a five block radius, providing a massive 3.5 million cubic feet of oxygen per day. The billboard is testament to the university’s core aim: to inspire ordinary people to find practical solutions to problems through engineering. You can watch a video about it here.

It’s titanium oxide again. The material reacts with light to neutralise some forms of air pollution. So why not clad a building with it? That’s exactly what the Italians have done, covering a massive 13,000 square feet of the Palazzo Italia building in Milan, due to open in 2015, with the material. Its creators say the coating will get rid of 1000 cars’ worth of pollution every day. Even better, it only adds between 4-5% to construction costs.
Are you in need of the best, most current, most effective air pollution advice and expertise? That’s exactly what we do.